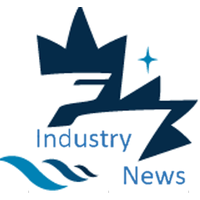 MILESTONE MARKS REBIRTH OF A SUSTAINABLE, THRIVING SHIPBUILDING INDUSTRY OF STRATEGIC IMPORTANCE TO CANADA THAT IS DELIVERING SHIPS, ECONOMIC GROWTH, AND JOBS

On this day in 2011, Seaspan was selected as Canada’s long-term strategic shipbuilding partner to construct large, non-combat vessels for the Canadian Coast Guard and Royal Canadian Navy.

As a result of the NSS and the certainty it provides, for ten years now, Seaspan has invested in its infrastructure and its people, helping rebuild a sustainable, competitive marine industry; built its cross-Canada supply chain; and renewed the federal fleet with ships built in Canada by Canadians.

Seaspan invested more than $185 million to transform its shipyard into one of the most modern in North America, with a purpose-built infrastructure to deliver much-needed ships for Canada’s federal fleets. Seaspan’s NSS program of work includes three Offshore Fisheries Science Vessels (OFSVs), one Offshore Oceanographic Science Vessel (OOSV), 16 Multi-Purpose Vessels (MPVs), and one Polar Icebreaker for the Canadian Coast Guard as well as two Joint Support Ships (JSSs) for the Royal Canadian Navy. These vessels will play a vital role in ensuring Canadian sovereignty; conducting climate and ocean research; and protecting the world’s longest coastline, including our fragile Arctic waterways.

Seaspan’s team has now delivered to the Coast Guard all three world-class OFSVs—completing the first full class of large vessels delivered under the NSS. Several other vessels are under construction and in design.

Seaspan also released today a new socioeconomic impact study, conducted by Deloitte, which highlights the significant economic and job creation engine that the NSS and Seaspan have become. Over the period from 2012 to 2021, Seaspan contributed $2.6 billion to Canada’s Gross Domestic Product (GDP) through its NSS-related activities alone (and an additional $1.4 billion through its repair, refit and maintenance activities). Seaspan has awarded more than $1.8 billion in NSS-related contracts to more than 660 Canadian suppliers from coast to coast, many of which are small and medium-sized businesses. They, in turn, have been able to grow; develop advanced technologies; reinvest in R&D, infrastructure, and skills development; and leverage new opportunities at home and abroad.

Over the past decade, Seaspan has also grown its workforce into a team of approximately 2,700 engineers, naval architects, procurement specialists, and highly skilled tradespeople – from welders, pipefitters, shipfitters, electricians and mechanics to millwrights, machinists, riggers, joiners, and painters. In the process, Seaspan has become a major employer in British Columbia and a workplace of choice not only for its employees and new graduates but also for hundreds of apprentices and interns. Seaspan is also a significant contributor to training and skills development initiatives across the region that will help ensure a pipeline of top marine talent for generations to come.

“I want to congratulate Seaspan Shipyards as well as all those involved in Canada’s National Shipbuilding Strategy (NSS) on ten years of successful work. The efforts of companies like Seaspan and its more than 660 partners contribute greatly to the success of the NSS. From renewing our fleets for the Canadian Coast Guard and the Royal Canadian Navy with made-in-Canada vessels, to rejuvenating Canada’s shipbuilding industry and creating good jobs, the NSS is a cornerstone of our long-term plan for a stronger and more prosperous Canada.”

– The Honourable Jonathan Wilkinson, Minister of Environment and Climate Change, and Member of Parliament for North Vancouver

“Shipbuilding is in British Columbia’s DNA, and we are proud to see a new generation of workers building on its rich history in our coastal communities. Seaspan is celebrating its 10th year in the National Shipbuilding Strategy by bringing Canada’s next polar icebreaker to B.C. shipyards. Seaspan continues to rejuvenate the shipbuilding industry and play an integral role in a stronger, more resilient province, for everyone.”

“The shipbuilding industry in Canada has benefitted significantly from the National Shipbuilding Strategy. It has eliminated boom and bust cycles in shipbuilding, provided benefits to the entire marine industry and created good-paying jobs both directly and indirectly. The NSS has helped position our domestic marine sector to become an engine of industrial development and economic growth.”

“Our first decade of NSS partnership has been a remarkable story of vision and transformation, of strength and resilience. We now have a sustainable, competitive industry on the West Coast that is enabling us to build world-class ships and a new generation of shipbuilders and marine experts here at home in Canada. The hard work and collaboration of the talented teams at Seaspan, across our marine supply chain, and in the Canadian Coast Guard and Royal Canadian Navy are setting the stage for success for many decades to come.”

A DECADE OF MILESTONES

Seaspan Shipyards, a division of Seaspan ULC, is a leader in Canada’s shipbuilding and ship repair industry. With modern facilities and a dedicated workforce of approximately 2,700 in North Vancouver and Victoria, the company has proven itself to be a trusted and strategic partner on a range of complex projects for both government and the private sector.

Seaspan Shipyards is proud to deliver Canada’s non-combat program of work under the NSS. The company is building state-of-the-art ships in Canada for the Canadian Coast Guard and Royal Canadian Navy. Through its NSS-related work, Seaspan Shipyards is creating thousands of jobs, generating significant economic benefits, and rebuilding Canada’s shipbuilding and marine industries.